Last night,Miracle revealed his plans for Nina after the show.During a chat with Tobi and Alex abiout pursuing relationships outside the house,Miracle revealed nothing is going to change between himself and Nina.

He said despite not defining their relationship now, he thinks what they have would continue outside the house.

According to him,they decided to get out before defining their relationship because they would see things from a different perspective .He cited the example of Anto who went out and saw Lolu in a different light.

He also said Nina was open to him about having a boyfriend outside the house.He said nor matter what happens, Nina will be part of his life and he already told her they will do alot of things together like storm Imo state. 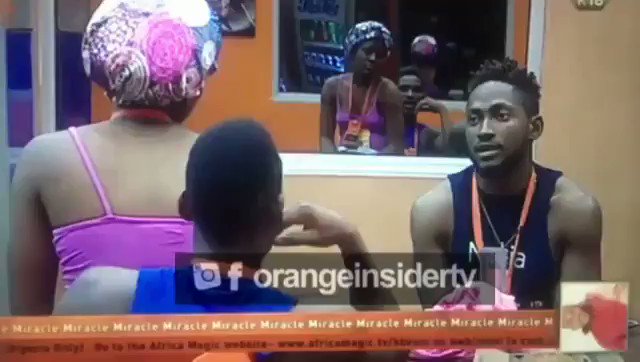