World’s WBA, IBF, WBO, and IBO heavyweight heavyweight champion Anthony Joshua is currently on vacation in Jamaica alongside his team.

The British pugilist remains unbeaten in his professional career following his victory over Alexander Povetkin in the seventh round in September.

He has won 21 out of his 22 fights through knockouts after turning pro in July, 2013 and staged his first fight at the O2 Arena in London against Scott Quigg in October the same year. 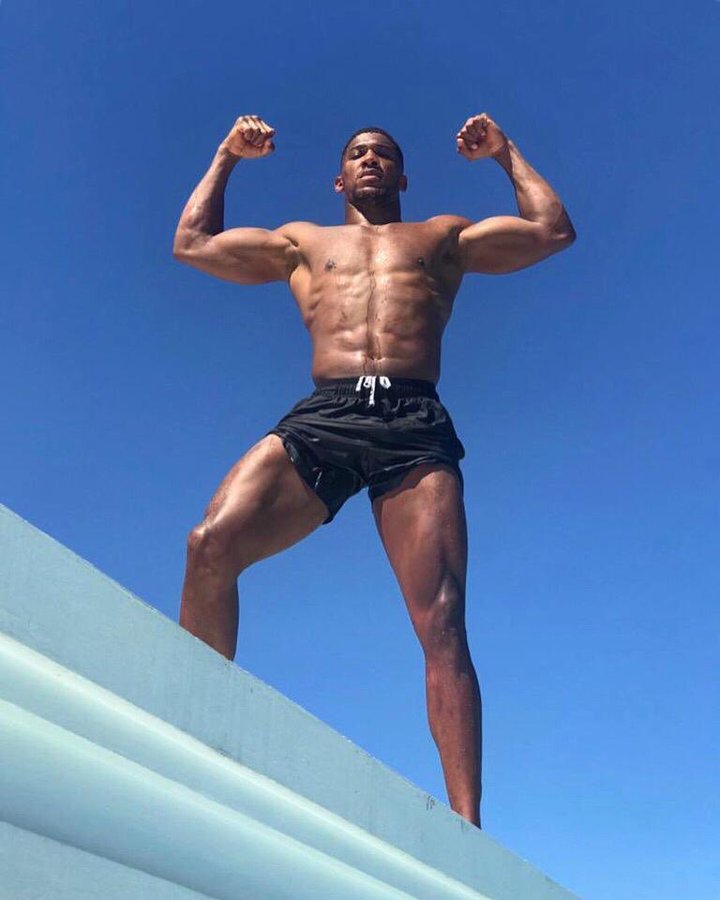 Got me feeling on top of the world #AJBXNG

1,411 people are talking about this

The 29-year-old is however enjoying his spare time in the Caribbean country in a £2,000 per night in a state-of-the-art villa with 5 bedrooms.

The apartment has an outdoor swimming pool and a piano with a living room surrounded by water.

British boxer Anthony Joshua enjoys life in a £2,000 per night villa in Jamaica

It also has a well equipped gym for training sessions and a mini dining set position around the house facing beautiful landscape.

The Nigerian-born British boxer started on a slow pace as he got caught with a hook on the nose by the challenger in the first round.

But AJ came back in the the third, inflicting a cut across the left-eye of the 39-year-old then picked up in the fourth and fifth.