Davido Music Worldwide has signed singer, Idowest to its label.

The news was made public in a tweet by Davido, who posted a picture of the shepeteri crooner signing the dotted lines.

This coming after the DMW boss announced that the label’s first group album will be released in June 2018.

Davido also revealed that his sophomore project will be released in September.

With Idowest on board, the number of artistes on the DMW team is six.

Those already on the label are: Davido, Dremo, Mayorkun, Yonda, Peruzzi. 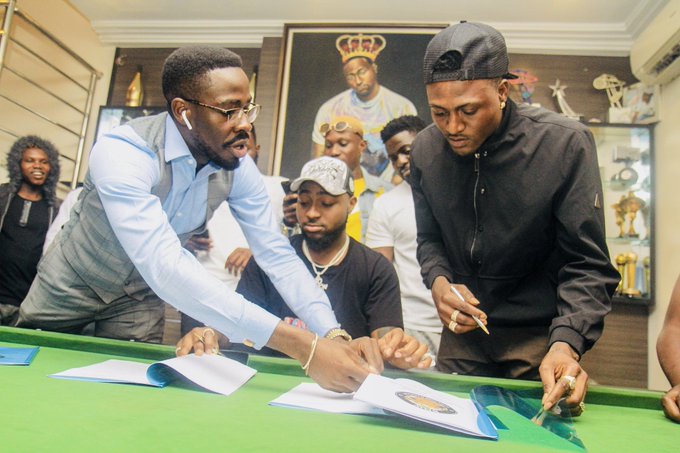