Mel B’s mother Andrea Brown has shared a distressing letter on Twitter, which she claims was written by the Spice Girls’ daughter Angel, 10, about the abuse her mother’s ex Stephen Belafonte allegedly inflicted on the family.

Andrea uploaded the handwritten letter on her Twitter page on Monday, captioning the post: ‘A cry for help’, amid Mel and her ex’s ongoing custody battle over Angel.

The three-page letter details abuse Mel allegedly suffered at the hands of her ex husband, which Angel, whose real dad is Hollywood star Eddie Murphy, and her sisters reportedly witnessed.

The letter says Belafonte – who finalised his divorce from Mel in December- put the family through a ‘nightmare’ and Angel allegedly never wants to see him again.

Belafonte has previously vehemently denied allegations made by Mel of abuse. 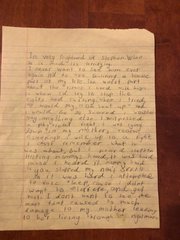 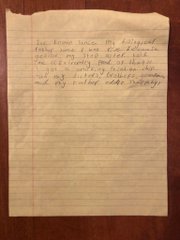 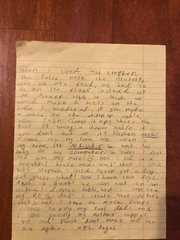 ‘I’m very frightened of Stephen. When he is mad its terrifying. I never want to see him ever again it’d be like reliving a horrible part of my life.’


‘The worst part about the times I lived with him is when I’d try to stop the fights and cursing. When I tried he would say ‘oh shut up’ and I would be so scared I wouldn’t say anything else.’


‘I witnessed a physical fight. I was lying down in my mother’s room ‘sleeping’. I woke up to a fight,’


I can’t remember what it was about, but I heard Stephen hitting mommys hand, it was hard cause I heard it. Mommy said ‘you snapped my nail off’ so it was hard.’


‘I attempted to fake sleep cause I didn’t want to interfere and get hurt. I don’t want to see the man that causes so much damage to my mother leading her living through a nightmare.’